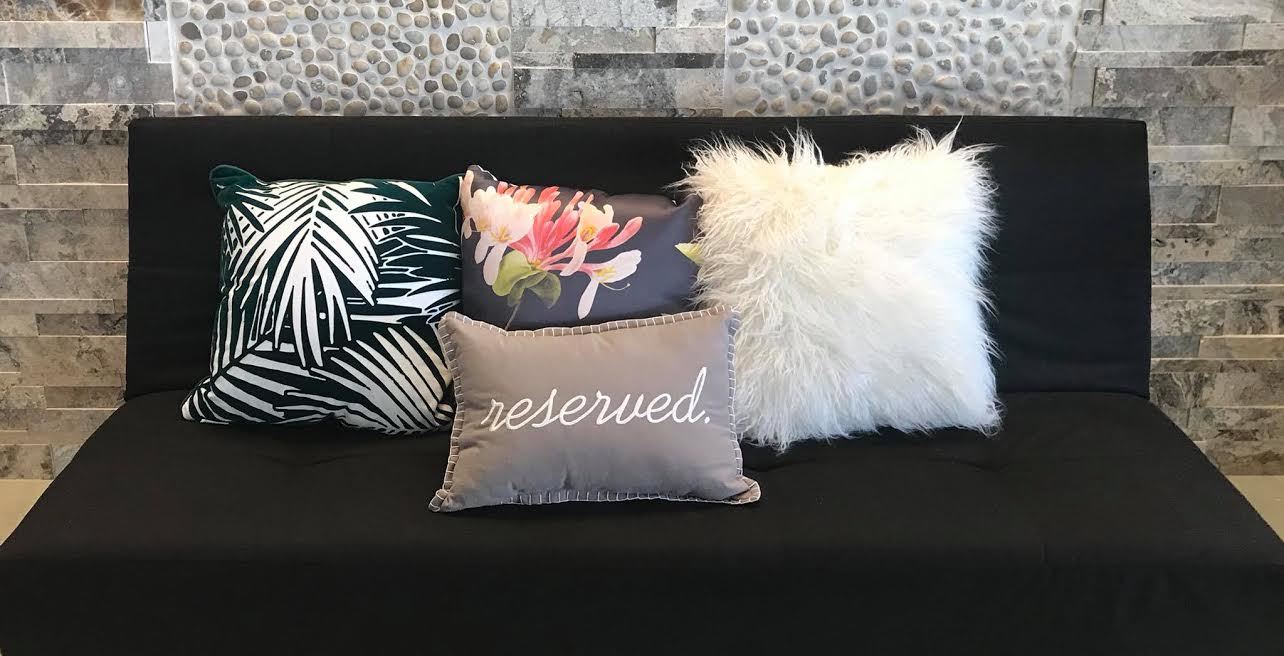 Caribbean Restaurant in Ottawa, ON

For a flavorful and authentic Caribbean dining experience, Tipikliz is the place to be. We’re proud to be the finest Caribbean restaurant in Ottawa, ON!

Many of our guests have enjoyed our creative dishes of Haitian Caribbean food. Experience a mix of savory flavors and quality meats, seafood, and vegetables. People come from all around to taste the excellent specials on our menu. Whether you’re craving fried plantains or Caribbean rice dishes, we guarantee all of our offerings are made from the freshest and finest ingredients, because you deserve nothing less.

At Tipikliz, we want to provide you with friendly service along with enticing dishes that will bring you back time and time again. Indulge in our fine dishes with family and friends at our welcoming Haitian restaurant today! 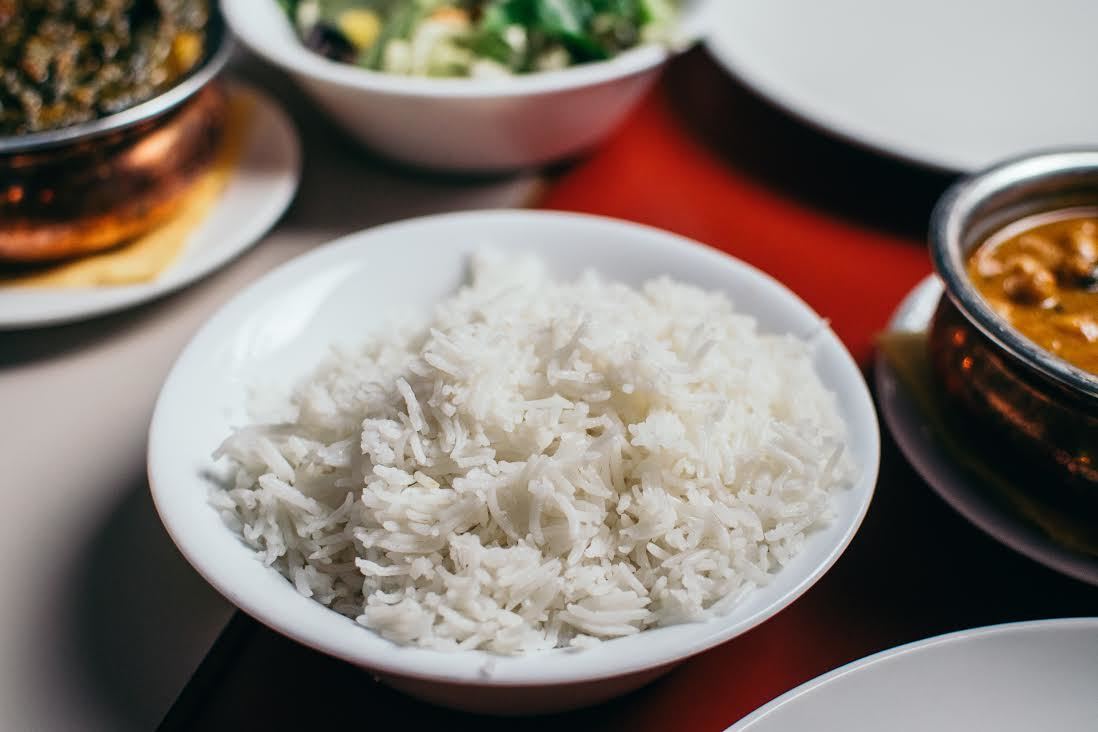 We serve a variety of classic Caribbean cuisine including fresh marketplace fish, fried or grilled to perfection. Our island foods are prepared by our talented chef with a passion for sharing the joy of delicious Caribbean dining. With so many tempting options to choose from, it can be hard to pick just one!

Caribbean food is a delightful fusion of all the different cuisines that were brought to the Caribbean islands. In addition, there are unique dishes that the population has created and popularized. At Tipikliz, we are proud to be a family restaurant, which means you are more than welcome to bring your kids down to our establishment for brunch or dinner. It’ll be good to expand your children’s taste buds with our menu of authentic Caribbean cuisine. For date night, leave the kids at home and enjoy some drinks from our cocktail bar.

If you're hungry for a good meal, what are you waiting for? Come down to Tipikliz in Ottawa, ON today! We’ll be ready to serve you as soon as you arrive. 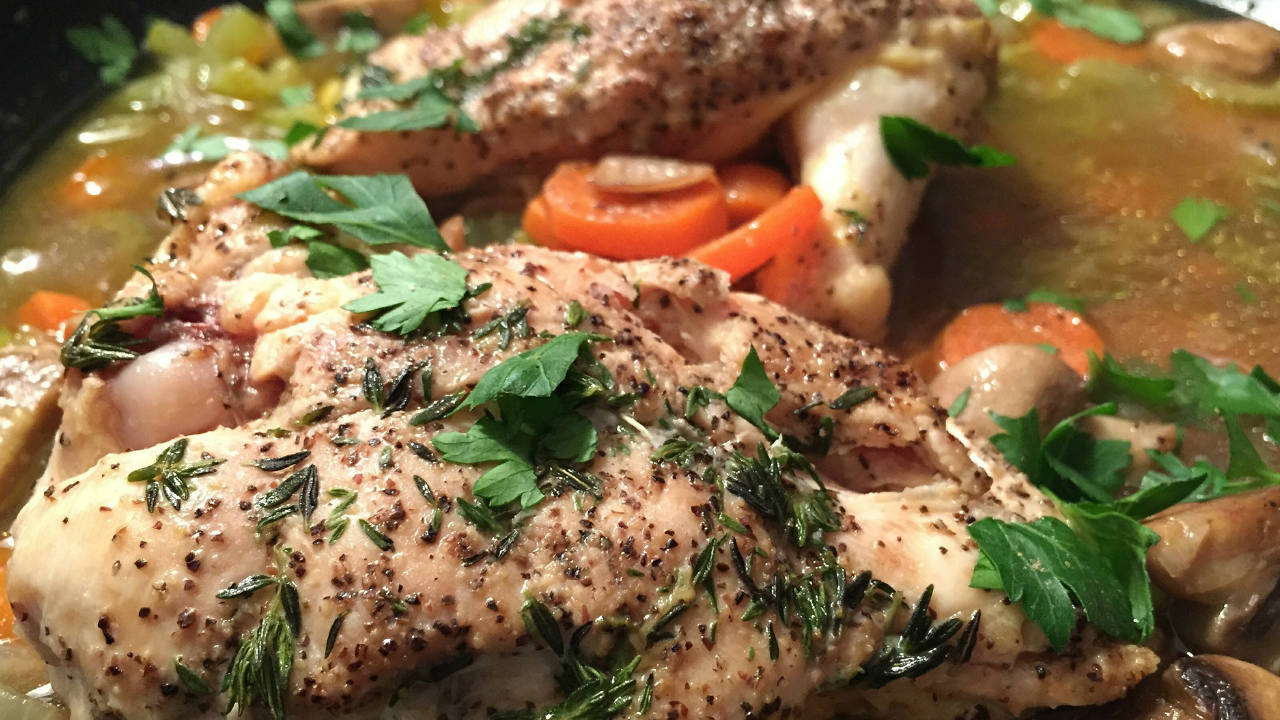 Haitian cuisine is similar to Caribbean food but maintains it's own unique flavors and cooking styles. Favoring a blend of bold and spicy elements, Haitian food is heavily influenced by the African culinary aesthetic. Tipikliz puts our own spin on traditional Haitian dishes so come in and taste them for yourself.

From a hot bowl of bouillon to poul an sos, we have all of your island cuisine favorites. We don't skimp when it comes to quality ingredients and generous portions. Our dishes strike the perfect balance between sweet and spicy. Our filling plates of meat, rice and beans are sure to satisfy your cravings for comfort food. We promise that you won't leave our restaurant hungry. Our servers strive to provide attentive service that is never overbearing.

If you want to try something new, visit our Haitian restaurant in Ottawa, ON. Tipikliz is here to expand your range of culinary experiences with our diverse menu! 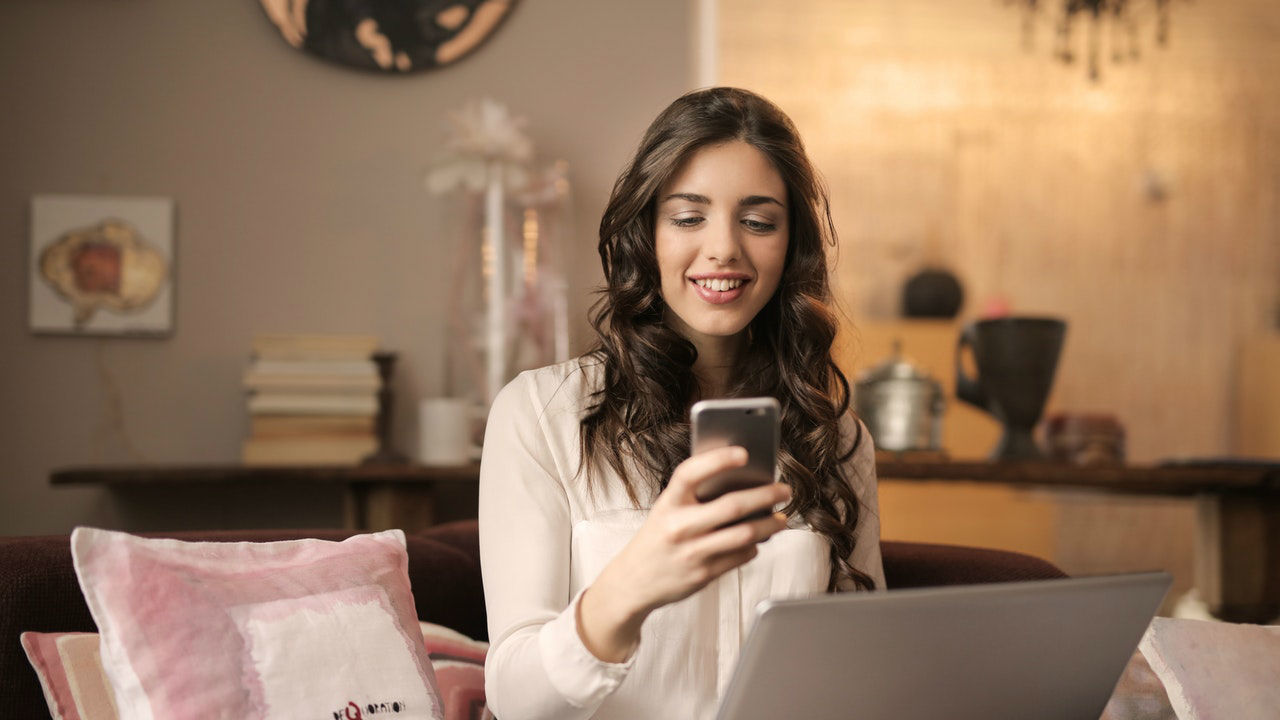 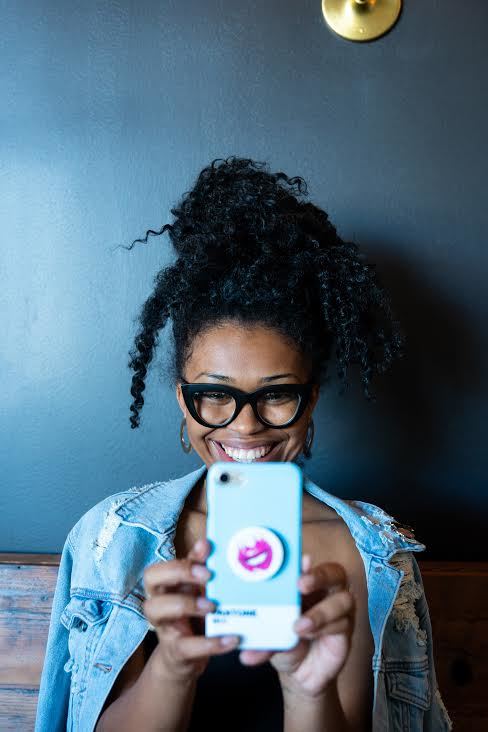 Tipikliz offers an efficient Caribbean food delivery service in Ottawa, ON. We know that sometimes it is hard to make it to our restaurant or you'd rather not leave your cozy home. In these cases, leave it up to us to bring a hot meal right to your doorstep.

With our service, you can order your favorite Caribbean or Haitian food selections and enjoy it in the comfort of your home! From our delicious Caribbean rice dishes to fried plantains, you’ll have a diverse selection of meals. The only thing you have to do is sit back, relax and enjoy your lunch or dinner. Don’t stress over the hassle of preparing a meal. With our service you can order a warm and delicious meal without a hitch. Our delivery services are prompt and accurate because we want you to get your food as fast as possible.

Call Tipikliz today for the best food delivery service in Ottawa, ON. Tipikliz will deliver your island cuisine favorites on time for you to enjoy!

Very proud of this great location’s way of operating. Apart from the food being rich in flavour and extremely delicious, the service is impeccable. The staff is kind, well
punctuated and exude proper quality in service. Bravo!

The visit was satisfactory, it exceeded expectations in various regards; not your typical West Indian / Caribbean restaurant. Parking was not an issue. Decor impressive and impeccably maintained. Service was prompt and courteous; with the entire menu available. Food reasonably priced (under priced in some cases) and portions adequate. Although my first, it will certainly not be my last visit. Go and taste it for yourself !!!

I had dinner at Ti-pik-liz with my mom and overall we thought it was great!

Ti-pik-liz just opened up a few weeks ago. It takes over the space that was Pho 2015. It serves Haitian Cuisine. I spoke with the owner, Manola, who runs the place with her husband, and she said that they used to be a home-based business doing catering, but then decided to open up a restaurant. And I'm sure glad that they did.

I got the chicken platter (on the menu it's "riz colle ak pwa") ($12.99) which came with a chicken leg (drumstick and thigh), rice with beans, plantains and a scoop of a cheesy pasta casserole (like macaroni and cheese, but penne instead of macaroni). My mom got the same thing except instead of chicken she got griot (fried pork), it was also $12.99.

The food was incredibly flavourful and delicious, but it's pretty oily/fatty, so not for those on a diet, lol. My mom's griot had some lean pieces, but some pieces were pure pork fat. The griot is a tiny bit spicy, whereas the chicken is not spicy at all. The menu said the chicken was grilled, but it tasted to me like it was fried. Maybe it was grilled, then fried (?)

The rice was fantastic. It was well seasoned and had lots of beans in it. The plantains where smashed then deep-fried. They were a tad on the dry side in my opinion, but still ok. The cheesy pasta casserole smelled of strong cheese to me. If you like old cheese or stronger cheeses you will likely enjoy it. This girl prefers brie and mild cheddar, so I found the cheese too nippy.

The restaurant is clean and actually retained a lot of the furniture of Pho 2015 with minimal renovations. There is an addition of a couch where you can sit to wait for your takeout order. And there were so many people who came in for takeout!

They were fairly busy and so service was not as attentive, but Manola and her husband were super friendly and so nice, so I'm willing to overlook that we weren't even given any napkins, lol. We were also given our food before any cutlery, lol again. They did give us a glass bottle of water though, and the water was really cold, which I very much appreciated.

After we paid for our meal, I mentioned that next time I want to try the mushroom rice (diri ak djon djon), as I've never had it before, and Manola told me that it's very popular, and then she gave me a sample in a Solo Cup to try - how nice is that? It was fantastic! So full of umami flavour. I am definitely getting the mushroom rice on my next visit!

I'm really glad to see more diversity in the Orleans Food Scene and I'm hoping that Ti-pik-liz does well. The food is great, the prices are reasonable, and the owners are very friendly and welcoming.

The restaurant is in a strip mall. Same strip mall as Greek on Wheels, Moose McGuire's, Taco Bell/KFC, and Pak India. There's free parking in the strip mall parking lot, but it's not the easiest to navigate and spots are a bit snug, but I've seen worse parking lots. Besides, the food is worth the parking woes ;)

I'm from Montreal and felt like have Haitian food because it super enjoyable to me . This place is new and apparently they don't have many Haitian restaurants in Ottawa. I went for the griot I thought it was pretty good . The salad was better than any other place I tried so far, rice was great the Griot meat was good but not the best I ever had. If I live around here and I wasn't just visiting I would definitely eat here again.

Easily the best Haitian food I've ever had - and I live in Miami, so I know! We ordered fritay and a smoked Hering spread. The smoked Hering was to die for! The goat meat was juicy, the pate flavorful, and the spices on point. Very flavorful food and not too heavy on the stomach. Worth saying that the service was great and our server very friendly. Sadly, it's a "little" far for me to visit regularly, but we will make it a point to visit next time I'm in town.

Excellent ambiance, Excellent customer service and Excellent authentic Haitian cuisine. Your best bet for delicious Haitian food in Orléans. You have the option of dinning in, take out or delivery. Try it out they won't disappoint.

We have gone here several times now and they never disappoint, delicious quick and polite service ????

Such a beautiful restaurant and the food is incredible! Delicious Haitian dishes served in generous portions and staff are warm and kind. The food is fresh and so flavourful, every ingredient sharing it's own story. Definitely going back!

Great Haitian restaurant. Food is great. However, more light is required for brightness.

This is a really great place to eat, very well presented. The ambience is welcoming great decor and good music. The food is delicious and come on... can't go wrong with haitian food. If you are in Orleans I recommend che king them out they do delivery online using skip the dish and over the phone. If you are around the area you can just pop in and have a great time. Owner is very friendly and welcoming.

The place is lovely and warm. The Fritay plate is my favorite :) try it

Clean, fast, and the griot is the best in the city.

These guys need a more conspicuous sign: many people haven't even noticed this spot yet. Tragic.

Visited Tipkliz for the first time. Delicious food, friendly staff. Highly enjoyed Accra, Chicken/rice dish (don't remember the correct name) and Pickliz on top. Gem of a restaurant in Ottawa. 5 stars and Highly recommended.
Will be definitely back.

First time there, suggested by a friend, excellent fresh food and amazing customer service. I will definitely be going back and bringing friends and family.

I love the haitian food, the atmosphere and the staff are great. This is now my spot in Orleans

Excellent ambiance, Excellent customer service and Excellent authentic Haitian cuisine. You're best bet for delicious Haitian food in Orléans. You have the option of dinning in, take out or delivery. Try it out they won't disappoint.

Delicious food always served hot and fresh! I have been a regular for many years now. Love their friendly servers.

Dialog will close after 10 sec.

Thank you for submitting your contact request! We will reach back out to you within 24 hours of receiving your request.

Select language to translate this page: